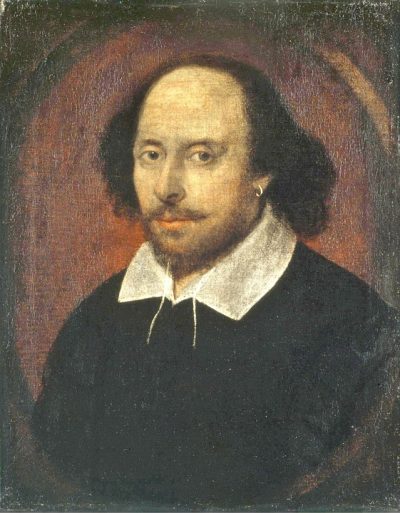 What money lessons can we learn from William Shakespeare?

Although several centuries have passed since the life of William Shakespeare, his words continue to provide wisdom and insight. If you are looking to gain a new understanding of money, finance, and wealth, Bard’s works are full of knowledge that is still extremely relevant in the modern economy. Here, we’ve gathered a few of Will’s best witticisms for your enjoyment.

1. Neither a borrower nor a lender be;
For loan oft loses both itself and friend.

Though it may be tempting to offer loans to friends in need, it is often riskier to loan to a friend than to a stranger. That’s because when you loan money to a friend, you aren’t just risking the money – you’re risking your friendship, as well.

Shakespeare knew that the value of everything lies in what a buyer is willing to pay. Though a horse may have been an object of little value, it was priceless to a man who needed and could not get one. The message is clear. Don’t be driven into making a bad deal by desperation.

Though these words from King Lear come from the mouth of the character dubbed the Fool, the wisdom within is actually quite astute. It is frequently better to avoid showing all your cards. When it comes to money, being private about your income and expenditures is prudent.

4. If money go before, all ways do lie open.

Shakespeare knew that money can make life more difficult in some respects, it can also allow people to live lives of ease and luxury.

5. He that wants money, means, and content, is without three good friends.

Although money can buy many things, there is no substitute for a good friend. A friend can loan you money, provide you with the means to get ahead in the world, and (most importantly) give you laughter and happiness.

6. No profit grows where pleasure is taken.

The Taming of the Shrew Act I Scene I

Though he was the author of countless comedies, Shakespeare advised that most people shouldn’t try to mix money and pleasure. While your pleasure might increase, your money will not!

7. All gold and silver rather turn to dirt!
As ’tis no better reckon’d, but of those
Who worship dirty gods.

Money can buy a lot of things, but it can only take you so far in life. Shakespeare knew that money is a tool to be used, not a god to be worshipped.

8. Were it good
To set the exact wealth of all our states
All at one cast?

Here, Shakespeare warns against gambling. He knew that gambling was not only risky but immoral.

9. So distribution should undo excess, and each man have enough.

10. My more-having would be as a sauce
To make me hunger more; that I should forge
Quarrels unjust against the good and loyal,
Destroying them for wealth.

Shakespeare admired ambition, but he knew that ambition can easily become greed. He knew that often, attaining wealth doesn’t satisfy us, but leaves us hungrier for still greater wealth.

11. Oh, beware, my lord, of jealousy!
It is the green-eyed monster which doth mock
The meat it feeds on.

Shakespeare knew that envy and jealousy are cruel masters. It is often wise to strive to make ourselves content with what we have.

12. For I can raise no money by vile means.
By heaven, I had rather coin my heart
And drop my blood for drachmas

People often face the temptation of becoming rich through unethical means. Shakespeare suggests that it is best not to succumb to this temptation, for it will destroy honor and peace alike.

13. Costly thy habit as thy purse can buy
But not express’d in fancy rich, not gaudy
For the apparel oft proclaims the man

Even in Shakespeare’s day, people tended to judge one another by their appearance. Will suggests that we should try to dress well while avoiding extravagance.

14. The world is not thy friend nor the world’s law:
The world affords no law to make thee rich;
Then be not poor, but break it, and take this.

Shakespeare knew that the world has no obligation to make us rich. Those who wish to become rich have to take the initiative. Nothing will be given, but much can be taken.

15. Poor and content is rich and rich enough,
But riches fineless is as poor as winter
To him that ever fears he shall be poor.

Othello Act III Scene III
The true power of money lies in its ability to purchase security and happiness. If money can’t bring peace and satisfaction, then a rich man is no better off than a poor one.